The cost of buying a new car depends on various factors such as the size of the car, the brand, make, model and specifications… Let’s see how to get the best value SUVs for our money! What is an SUV?

SUV stands for Sports Utility Vehicle. They are a larger car, often with a four-wheel drive and were originally designed for off-road driving, though that is no longer the case. Some SUVs are not much taller than an estate. An SUV combines a raised suspension and seat and offers all the practicality of an estate car or an MVP, but in a package that is more lifestyle-oriented and especially attractive to families, with many featuring plastic cladding and roof rails. While an SUV can at first look and feel like an off-road vehicle, but it may not have been designed to go off-road at all.

The term SUV is now used to describe a wide range of vehicles, from elevated hatchbacks and estates to the more traditional off-road vehicle. There are also some small SUV’s which can be known as crossovers. SUV’s have grown in popularity as they are safe, spacious and practical, with plenty of room for luggage storage and all the gear that families can accumulate. However, their size can make them difficult to park at times and they are less energy efficient than a standard estate car. There are many SUVs on the market and just because they are big doesn’t necessarily mean they will be expensive. There are options for finance and leasing that may be worth considering.

Cost of the Average SUV in the UK

SUV’s can vary greatly in price, for instance, the Rolls-Royce Cullinan is considered one the most luxurious SUVs on the market, and one of the most expensive with prices starting from over £250,000. However, a small SUV can start from as low as £20,000. Popular SUVs in the UK such as the Ford Kuga and Nissan Qashqai can be found for around £23,000 to £28,000.
The Nissan Qashqai with a starting cost of around £20,565 in 2020is one of the most affordable and has been a best-selling SUV in the UK for years. Though for the popular Acenta model prices start from £23,470. The entry-level Ford Kuga is similarly priced at around £23,995, and the popular ST-Line model costs upwards of £29.965. meanwhile, this year, the Kia Sportage starts from £21,560 and for the popular 2 ISG model prices starts from £23,445.

The Nissan Qashqai is the most popular SUV and prices have seen a steady rise each year since 2013. Prices for an entry-level Qashaq started from £20,565 in 2020, an increase of £3,100 compared to six years before, which is a rise of nearly 22%. 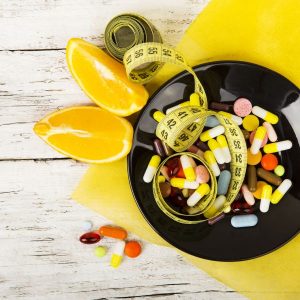